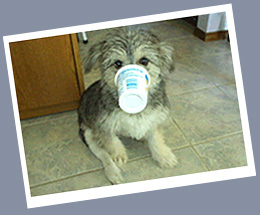 Sodzo (right) is blind and underwent neck surgery last year. He didn't really like the underwater treadmill during therapy but seems to like the water now and is doing fantastic!

Nicky (right) had a saddle thrombus, causing a blockage of blood flow, due to a heart condition and had no function in his back legs. He did walk with therapy, even though his left hind leg is still knuckled. He was so sweet -- he even put up with electrical stimulation. 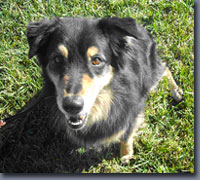 Indy (left) is an agility Aussie who had a ruptured cruciate and was out of practice for a whole year before she could get a diagnosis and recover from two surgeries. She is back to agility trials and is on her way to finally finishing her title. She is a strong dog who barks while doing agility.